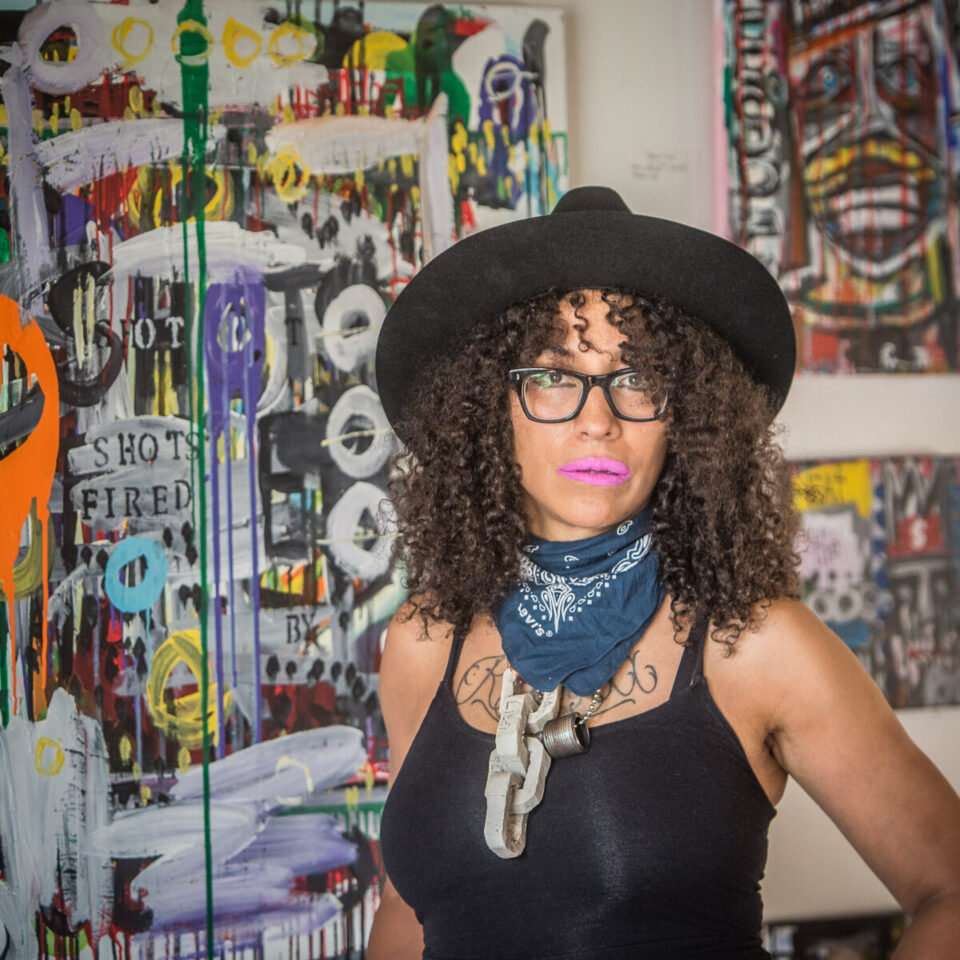 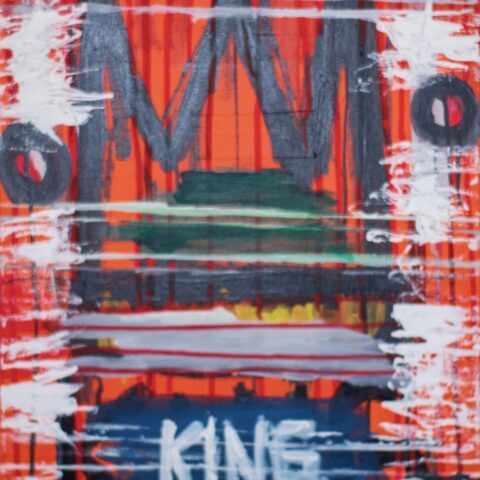 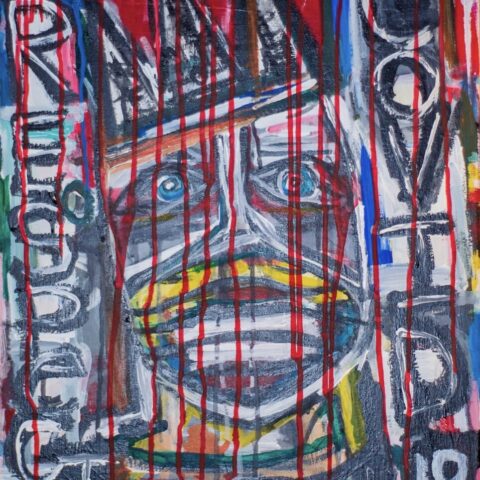 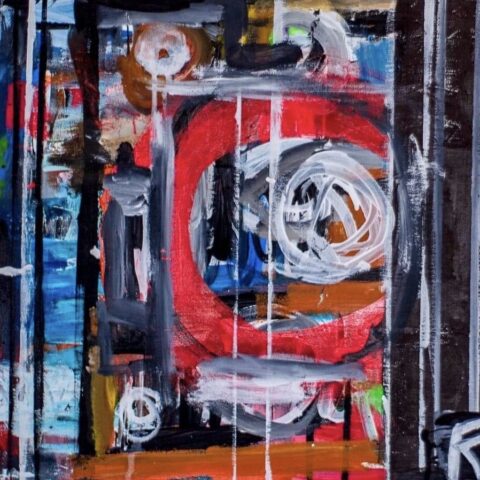 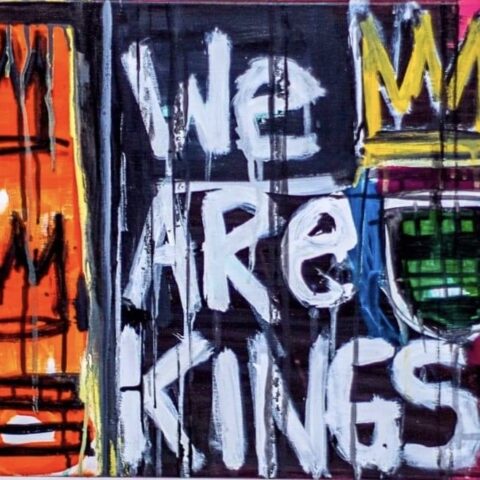 R76 dream of owning a chain of hotels changed in 2002, causing her to return to Harrisburg PA.

It was then that she met various artists in Midtown Harrisburg that influenced her decision to pursue art, one being the Meatlocker Gallery and the Mantis Collective.

R76 painting techniques derive from her love of the Contemporary Painter Jean-Michel Basquiat. Upon visiting Basquiat gravesite at Greenwood Cemetery in Brooklyn and Tony Shafrazi gallery in New York City, she was able to connect with her Afro-Venezuelan artistic heritage. This empowers her to create art with bold drastic colors, layers and strokes on canvas, cardboard and fabric.

R76 who is considered an “Outsider” Artist wants the art created to heal those suffering from domestic violence and depression. The connection to childhood and its effects on the inner artist within, is the Artist’s intention.